I have left the photograph borders and done no enhancing to these pics to add to the sense of time that they conjure up....fantastic shots sent in by Geoff Pallant and Evelyn Gabe.....thanks guys. 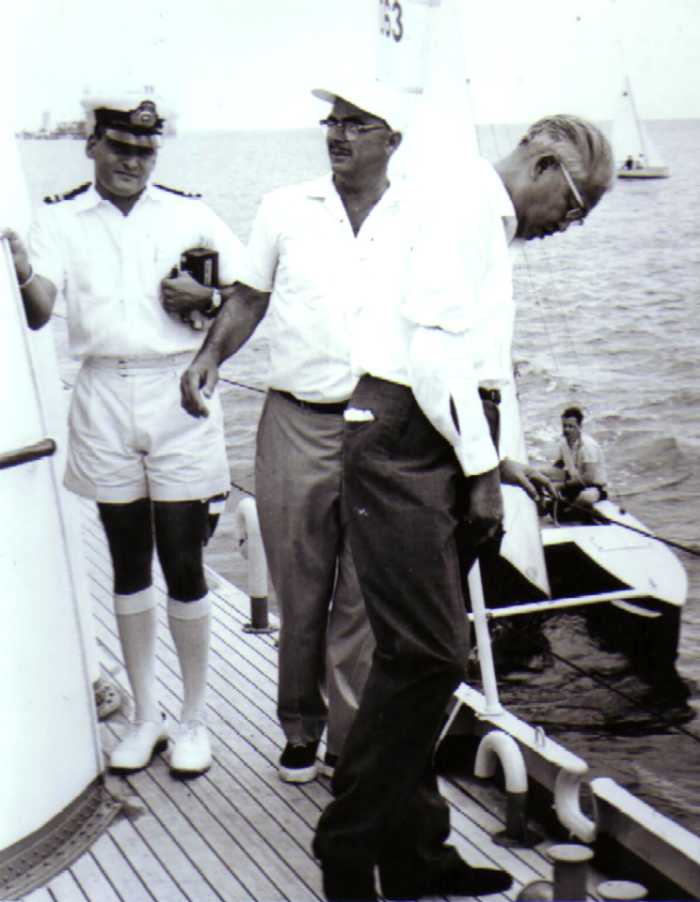 In many ways this is a fantastic old pic, and one that I have held from shrinking too much in fear of loosing some of the impact through loss of clarity. Centre is one of the people who I hold as being foundation old PaP, almost a legend to us younger sorts. Pershing "Tooge" Spooner graces the pages on this site, and stimulates that powerful combination of sadness and joy that comes in waves driven by the realization that we were a part of the whole thing and were honoured to be counted among the ones that Tooge and the other PaP rocks knew. My school and classmate Richard Kelshall, then Lieutenant Kelshall I think, stands at left. I remember that Richard's copy books were a continuing tapestry of World War II battles usually fought between boat and 'plane, joined together by savage chains of pencil tracer. Note the Shearwater or Tornado Catamaran alongside the boat, and possibly a Flying Dutchman behind. On that day we were honoured to have Sir. Solomon Hochoy, then the governor or Governor General visit our Yacht Club. Thanks to Geoff Pallant for sending this gem in. 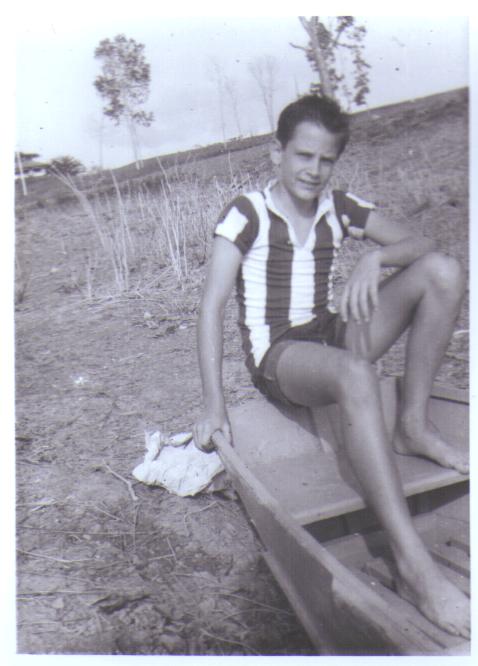 A young Chris Taylor, sits in a little wooden dinghy at the edge of one of the dams. Not sure which one but someone may be able to help out here. Thanks again Geoff. 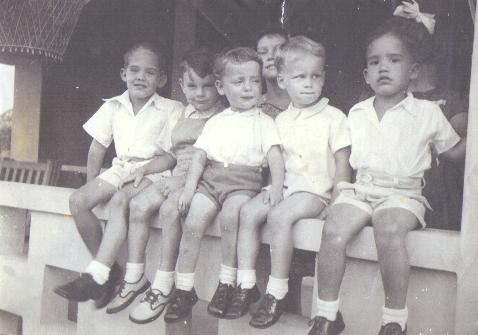 Hmmmmm.....picture taking ain't for tough guys like we are. My guess is that there are a couple of Alleyne's in this wonderful shot...names anyone. Thanks again Geoff. 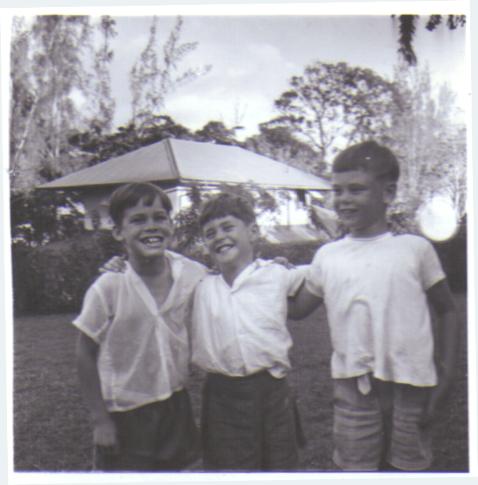 Who is this merry lot.....could there be a Burns in there somewhere. Thanks again Geoff. 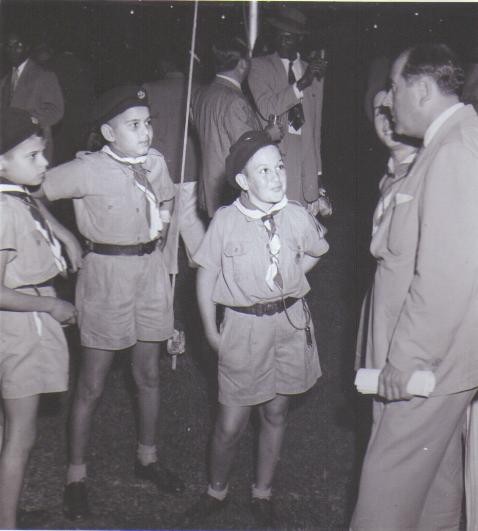 These three young scouts look great in their uniforms and seem listen intently to what the gentleman on the right is saying. Thanks again Geoff. Lynda Hubbell (Wainwright) has identified the two on the left - Mickey Bayley and in the middle Desmond "Blep" Sheppard. Lynda's memory working well....the third lad on the extreme right of the group is Peter Williamson......Thanks again Lynda. 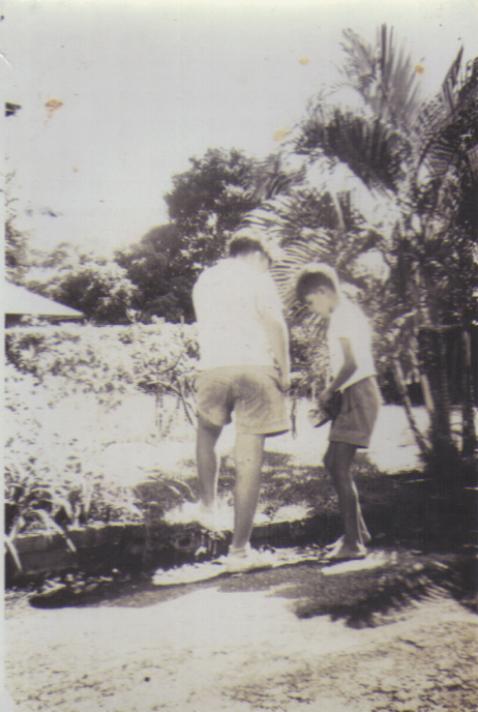 Hmmmm.....what are these two up to? Thanks again Geoff. 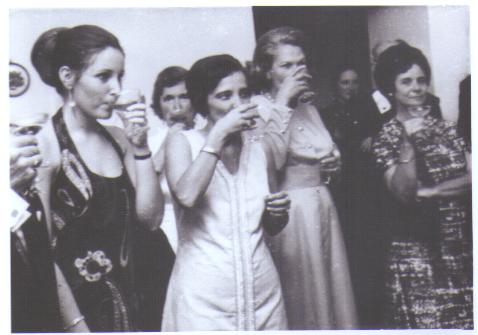 Geoff gave the names to these lovely ladies but guess what....lost I tell you! all lost!! I do recognize one of Donna's aunts Cecile Ferguson (Rostant) looking pensively at the camera while her glass of bubbly gets flat....drink up Cecile.

Evelyn Monohan (Gabe) sent in this pic of Richard Burgess on the left, Peter Gonsalves in the middle and Ronnie Hadden at right. Hate to think what their music might have sounded like.