It was Joanne de Boehmler who kindly sent in this animated Red Bus graphic to help commemorate the red buses that we knew so well. They took us to and from school and the boarding house, and took us liming around the camp. We remember Yarrily Kubla Khan, Perryman, and Roberts among the other drivers whose names I don't remember. Cheers guys wherever you are....thanks for not turning the smokers in.

This is the old entrance to PaP, known as the Main or Avenue Gate, we all passed through it many many times. 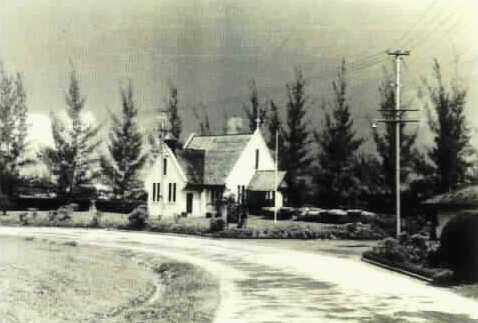 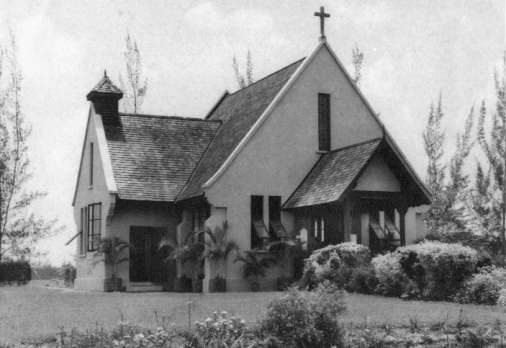 The Anglican Church was this size when I sang in the Choir for a while. Mum could never understand why I so readily went to choir practice....neither could she understand why practice took so long.....hmmmmm!....some great limes on the way home. Surprised that Mr.Veasey never intervened. Top one submitted by Angela Edwards......thanks Angela, bottom one stolen from Gordon Collier.....thanks Gordon. 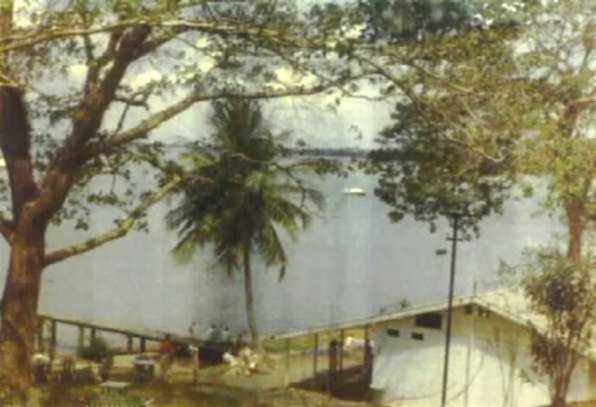 Not sure when the bathing jetty was replaced by a cargo jetty but it would have been before Arthur "The Squire" Patchett and myself used to go there spear fishing, so even though this pic is in colour it is probably quite old......no TCL plant and no Pt.Lisas readily noticeable in the background!!.......once again, thanks Angela. 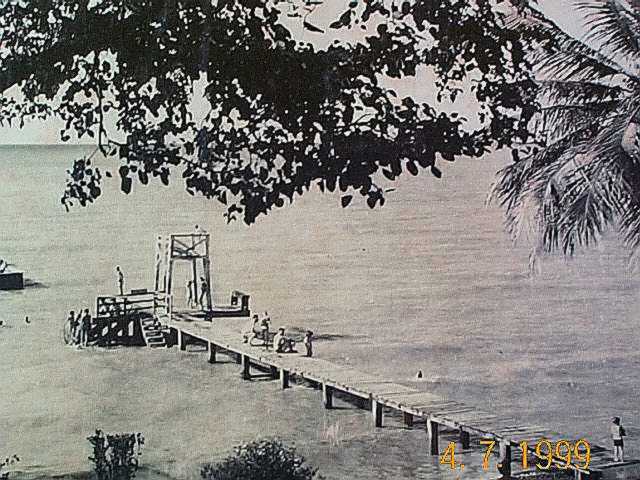 Considerably older than the one before, this picture of a picture, taken out of Ken Pasea's album shows the original "Bathing Jetty" complete with Raft and high diving board. Lots of memories here. 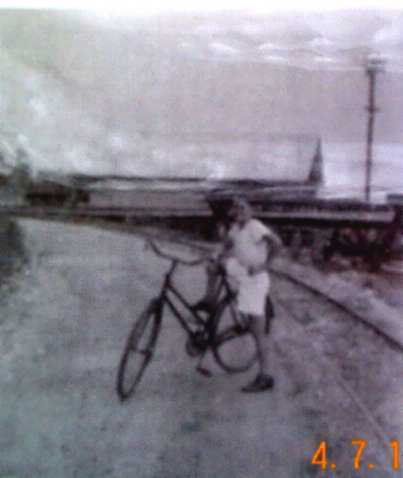 I've done the best I could but a picture of an old picture is not the easiest thing to make good. Important though is the old La Carriere "Landing Stage" in the backgound, the railway tracks curving down on the right, and Ken Pasea's bike...bet he was proud of that lovely bike......Rudge or Raleigh I'm sure. 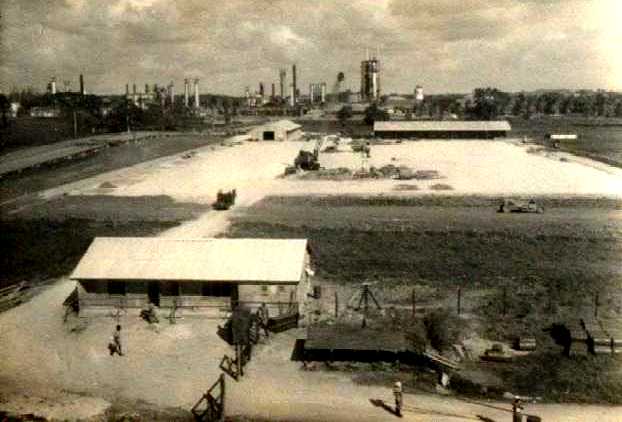 To those who didn't know much about the refinery, this picture described by Laurence Hawkins who kindly sent it in as "The Birth Of No.8 CDU" this may not be too interesting, but looking East, note the Eastern Area with the Cat Cracker or more correctly the Fluid Catalytic Cracking Unit (FCCU), and the huge wide pipe rack running diagonally across the mid-left of the picture. No Central Steam Plant where I once worked, gave life to No's 13 and 14 boilers and first met Laurence after he took over from Mr.Deal (spelling?) as M.R.D. 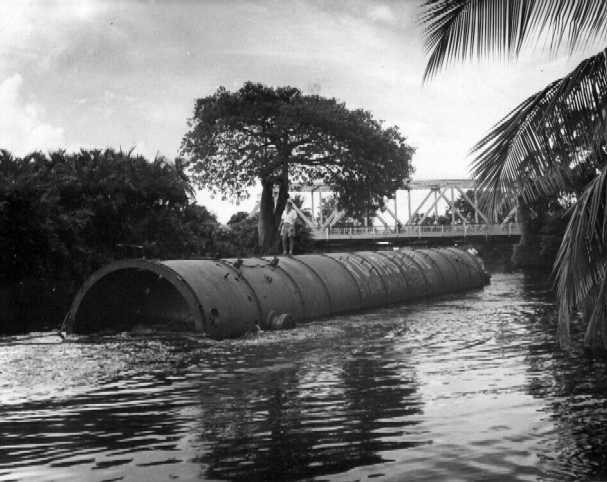 A little later on in the construction of No.8 CDU, or as it is more commonly known 8 Topping, this vessel was floated up the Guaracara river to the construction site. Note the old Marabella Silver Bridge in the background. The bridge is gone now, replaced by a modern dual carriageway concrete single span bridge. 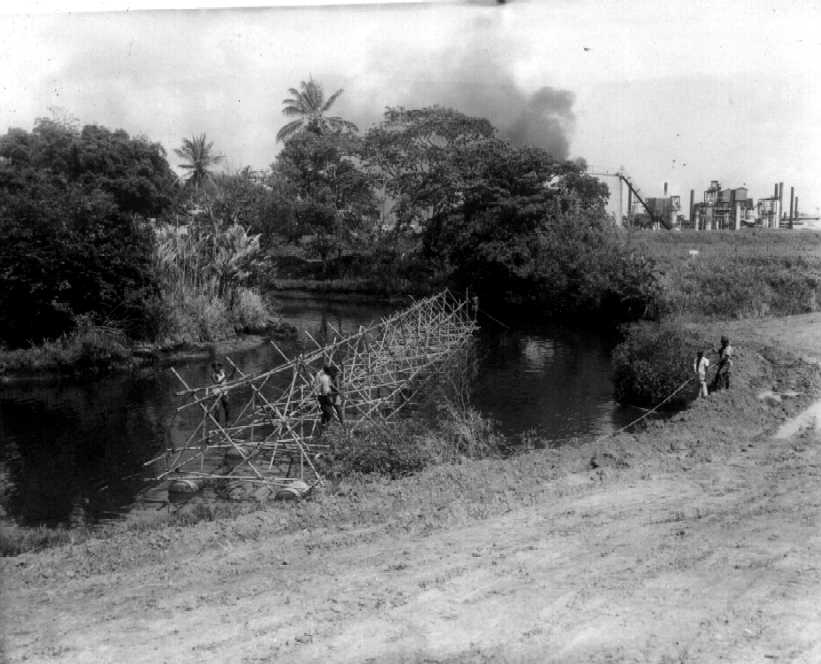 Laurence has named this one "Mystery" as he doesn't remember what it was all about....but it is the Guaracara river, what looks like the Poly Unit and Rerun are at right in the background....note the smoky flare.....not allowed today....no way.