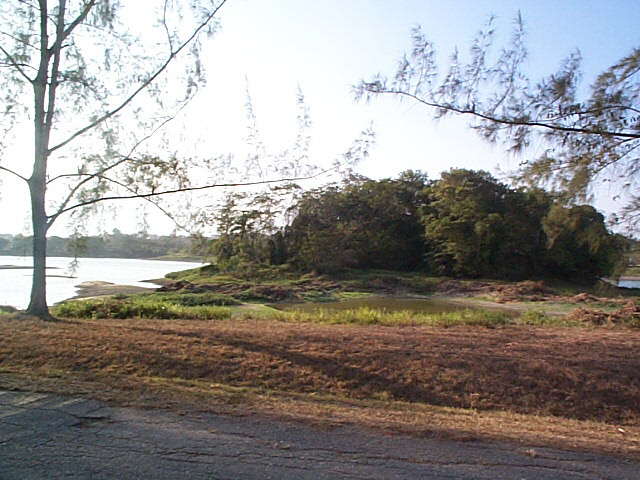 To those outside of the Vatican, it seemed that the mysterious Piggy island was the sole territory of the residents of the Vatican. Although I never saw any action there and have never been aware of any stories or legends surrounding it, the enduring feeling is one of mystery and intrigue. I've been there hunting 'gators at night but not much more. However it certainly was a locating icon while growing up, is a solid part of the legend of the Vatican City, and one of the PaP points of reference that holds special meaning even today. 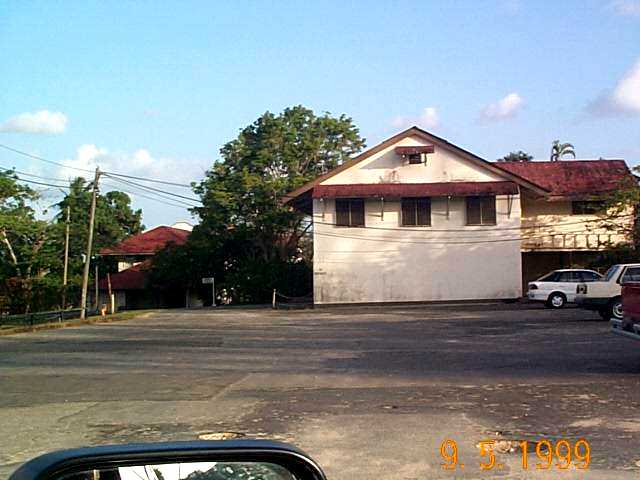 My time in the Boarding House was a strange mix of unhappiness and satisfaction ......challenged by the rules and the discipline, dislike for the homesickness, dislike for the bullying that I had to first overcome myself and then try to keep away from others. It is almost as if to enjoy things there must be an offsetting and comparative unhappiness, and the wider the gap the better the good. Leaving on Friday afternoons heading home was the joy that was made all the better by the unhappiness that I felt at going back every single Sunday that I was there. By Sunday night lights-out the despair had been tucked away and prison life began again....the personality change was complete until Friday evening. The satisfaction came from knowing that I had conquered many things, and in so doing learned a great lesson about life for which learning I would be better off. It was there that the presence of the prefects like Nuts Dale, Bri Withstandley, and Howard Carter gave us some direction......part of the system of authority but boarders each, they provided a good buffer for us. It was there that Mr.Stead, Mr.Gill, and Tubby Elsom entered my life as people I was glad were there. It was there that I sat in my little disciplined and rule bound world and watched the free people in the Vatican go about their lives at home....what a great privilege thought I. "I am what I am through thee and others, and when we meet again wherever it shall be, thanks shall I say for what you have given me that cannot be taken back" The words of Omar Khayyam says it perfectly.

The Moving Finger writes; and, having writ,
Moves on: nor all your Piety nor Wit
Shall lure it back to cancel half a Line,
Nor all your Tears wash out a Word of it. 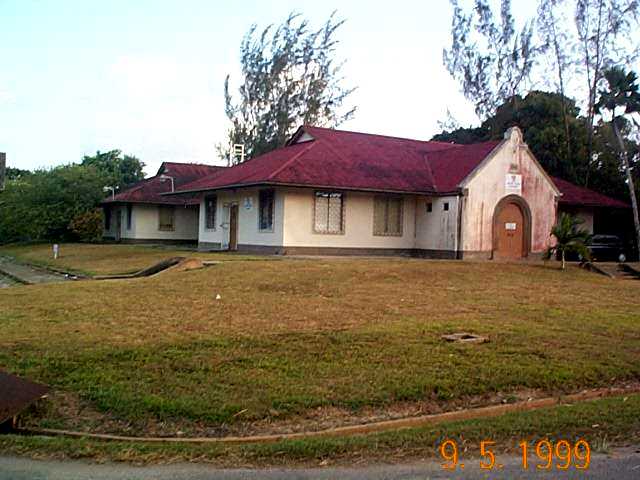 This building housed both the mess where we ate Mrs.Dales fabulous meals, and the Prep' room where we studied. The latter was where I learned to turn off and not suffer the effects of the gradualness of time that slows to it worse when bored....maybe the the first time that I used the basics of meditation to get through an unpleasant period. It seems that this building was one of the boundaries that limited where we could and couldn't go during our "free" time....don't remember seeing the back of this building on the Vatican City side for the whole time I was there...don't even remember going there to smoke. 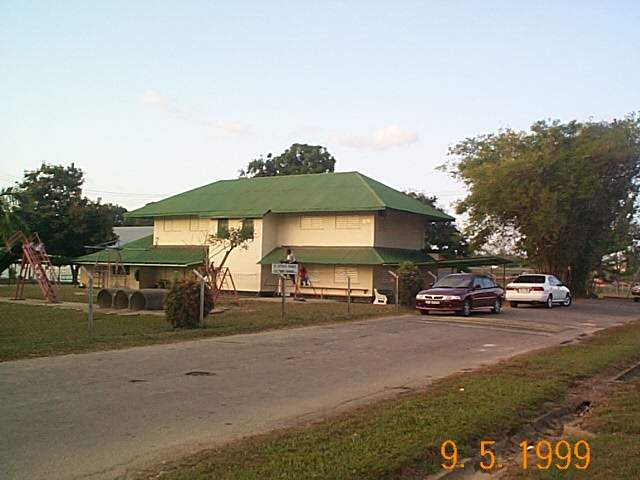 One of the sad changes that marks and confirms that the "good old days" are really gone never to return is this building that once was the Dales home. It was where Mrs.Dale, Colin and Susan lived even while Michael was in the boarding house just a few yards away. On the extreme right and just out of the picture is a light pole that once housed a telephone....don't remember the details but sure remember the 'phone. Seems that the pole represented another boundary for us boarders. 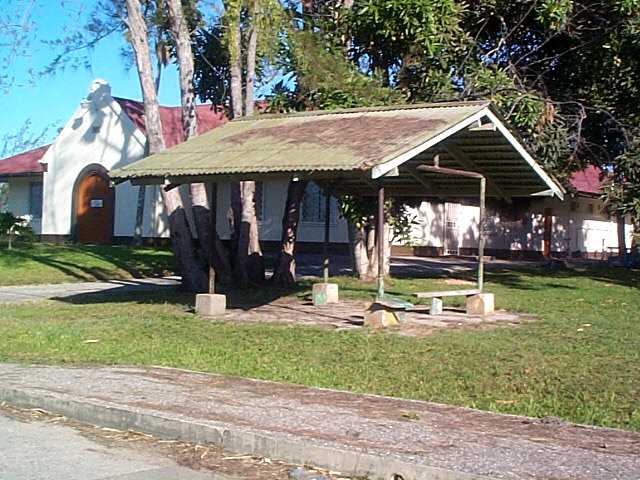 No personal memories here, but sure that the 4 Mess bus shelter will hold many great memories for those who lived there and in the Vatican City. Just to the right, and out of this pic is a green galvanised sheet, three car garage that I never knew who it belonged to. 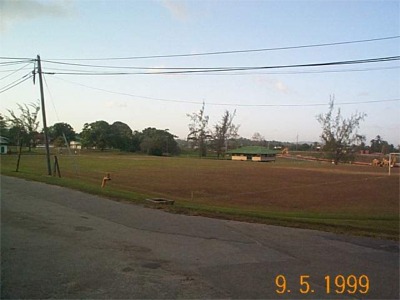 Taken from near to the front wall of the boy's dormitory this shot is of the field where we played football, rugby and other running games. Whose darkness cloaked us when we jumped out of the fire escape window for a little taste of freedom and a smoke on crazy nights. Seem to remember the Vatican city kids being there as well. 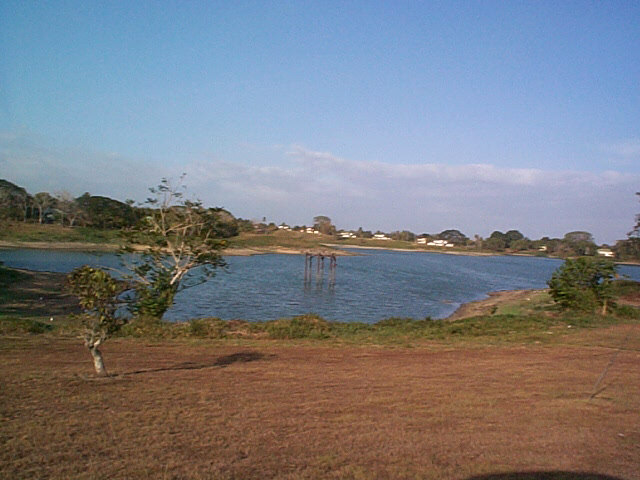 This shot is taken of No 4 Dam, and while it does not include 4 Mess and the Vatican City, the dam does define the Vatican in the same way that the sea defined Carib Valley.