Before we could settle in we had to get rid of the yachties whose "sailing week" had come to an end only the night before. The excitement that must have swept through the normally peaceful Crown Point was evident in their banners and tents left around until the clean-up crew could move in. 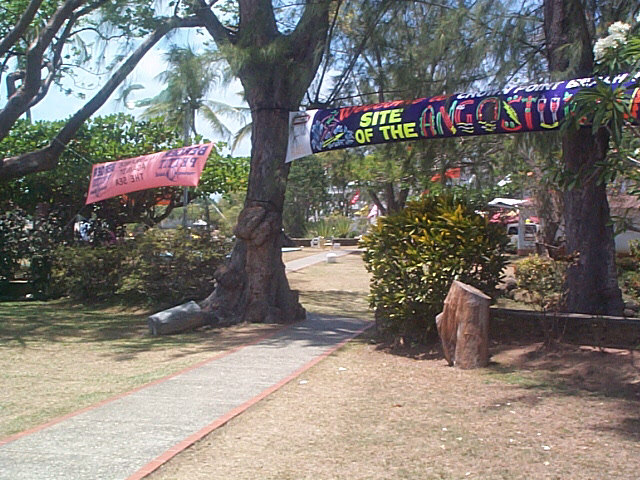 The colourful banners announcing the week of sailing and fete continued to beckon enticingly even after the event was over, and remained up until the clean-up crew could move in.

Word of the arrival of the mad bunch of ex-PaP reunionist had already spread, but strangely it did not precipitate a mad rush to the boats......hardy lot these yachties! 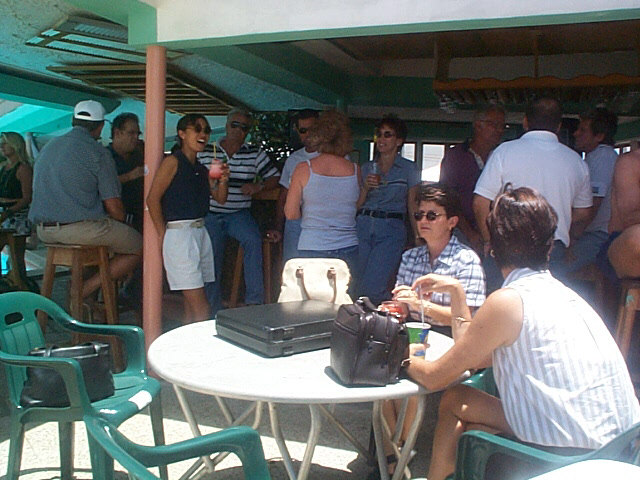 Any excuse for a drink, and the reunionist open the batting immediately on learning that check-in would be delayed because the reluctant yachties had not started to move-out.

From left - Alec Ward (back to camera), David Inglis, Di Pontifex standing against the pole, Chris Taylor, Peter Hughes, Sandra Ward (back to camera...shy people these Wards), Joan Taylor, Sandra Johnson sitting at table with Donna Darwent, Roddy Gibbons, Des Pontifex with back to camera, and Douglas Bayne. Wes and Chris had not yet arrived from Barbados. 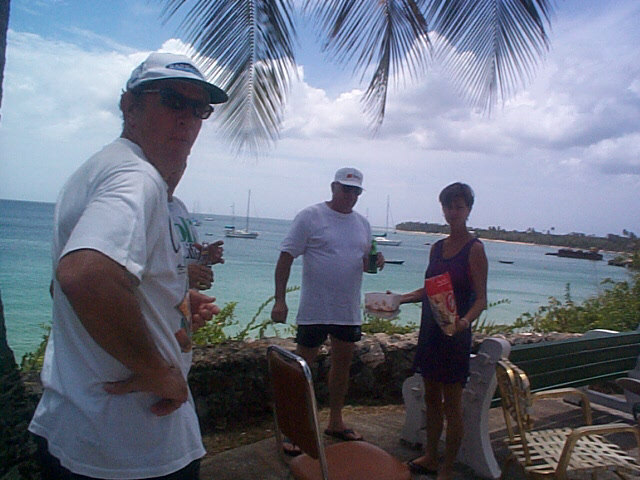 After the drinking started in earnest it was time to start mopping-up some of the rum......Dons to the rescue with an offering of delicious buljol and Crix. She finds willing customers in Wes, Sniggs, and Chris. Alec was off putting together the.....???? raw pickled fish??? 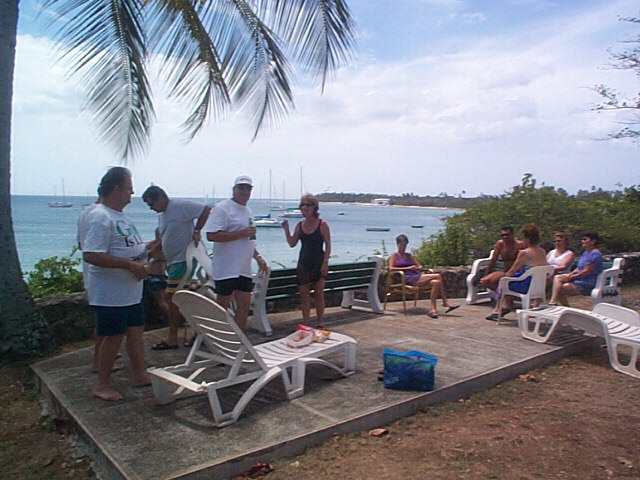 The poor little container of buljol sits feeling quite sorry for itself....."No body loves me any more since Alec moved in with his raw fish!!" Everybody waiting for Alec to take the first taste.....wow! no stopping once it started....what a "pig-out".......cheers Freddy...great stuff. 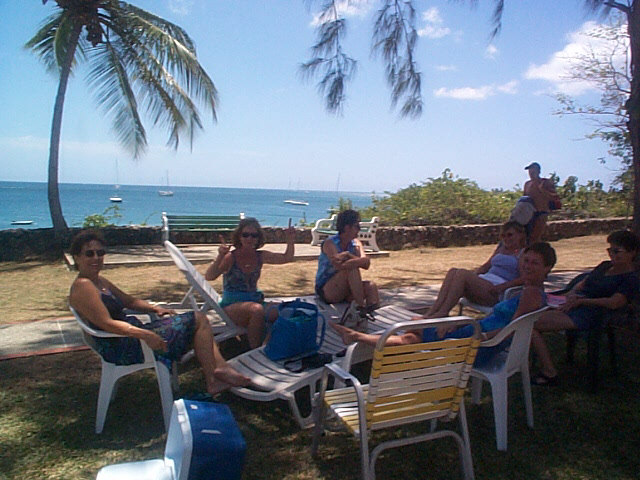 Sandra in typical pose......keeping us all in stitches with her great humour. Notice that they had all moved in to the shadows.......the sun was hot and the weather absolutely perfect.