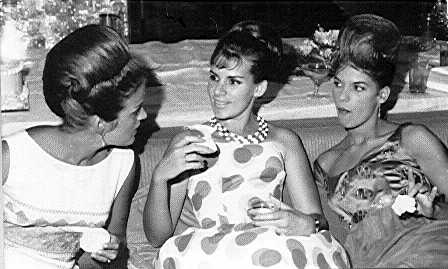 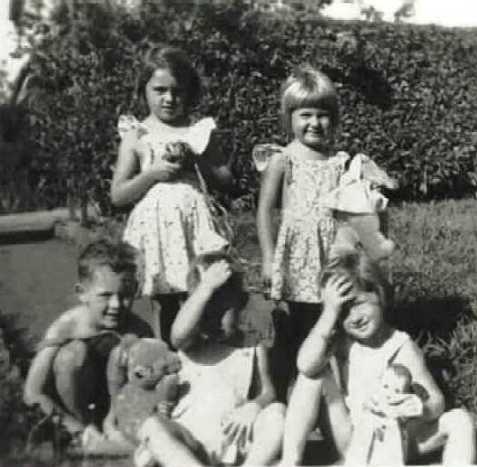 In this pic Angela's Sister Liz and Angela are standing, with Stephen (Copper), Christopher and Betty Ironside. 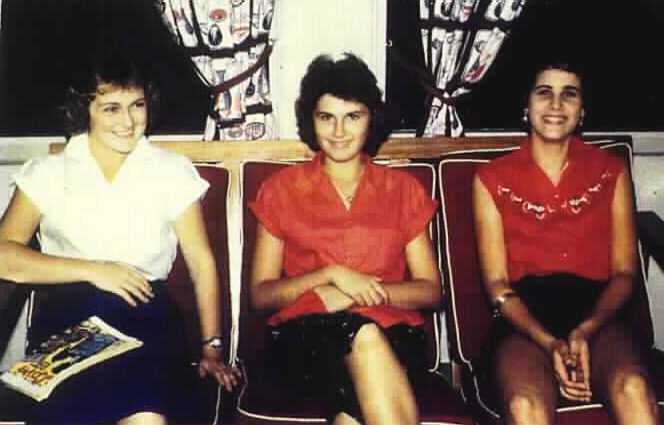 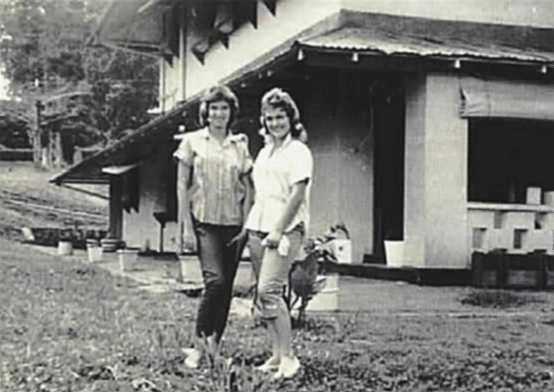 Another great pic sent in by Angela that I have been able to separate - Angela and Norma Bennet in their "pedal-pushers" and "Dan-River" shirts.....Wow! 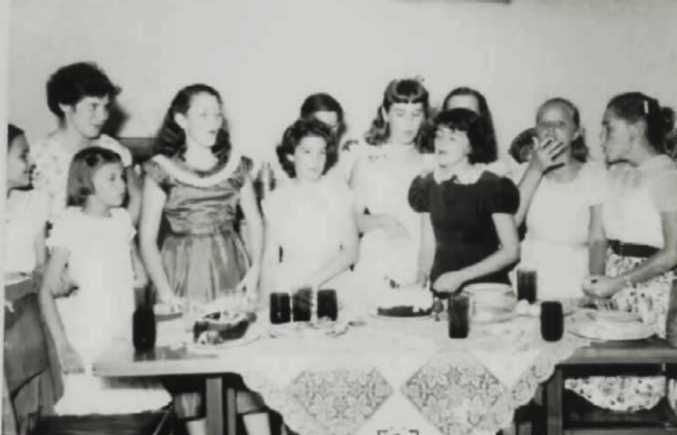 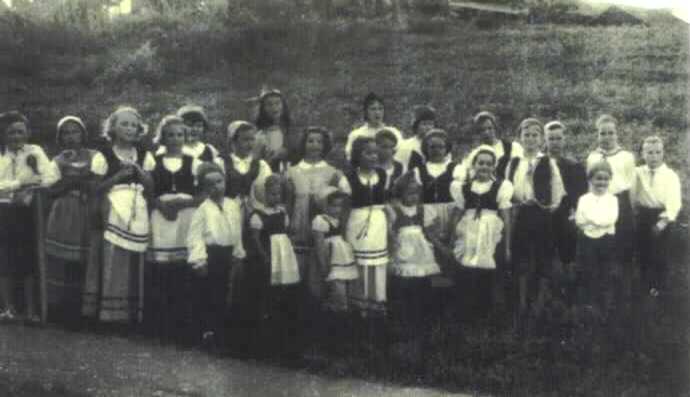 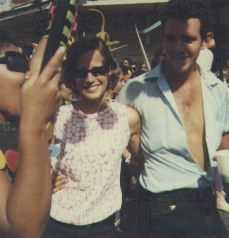 Some great old carnival pics - Raymond Westmorland and Roz Foster, and Rick Pontifex in the other pic. Had these a long time in a collage kindly sent in by Raymond himself.....just got the technology to separate them recently. 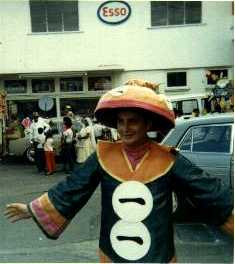 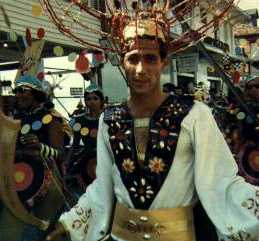 Raymond Chamberlain on the left and Andre de Montbrun on the right pose for the lens....must be still early in the day for them to look so...what shall we say...steady? Note the Esso sign behind and above Chamby.