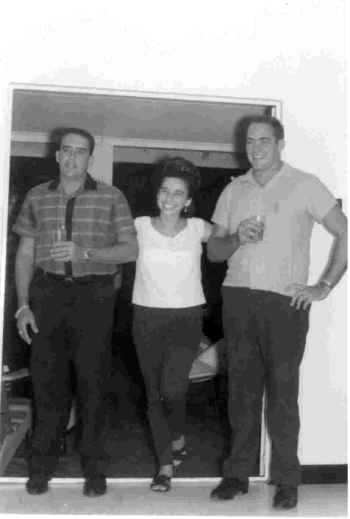 Wayne Alleyne and brother Alvin flank Brenda Olver who so kindly sent in this and the following few pics. 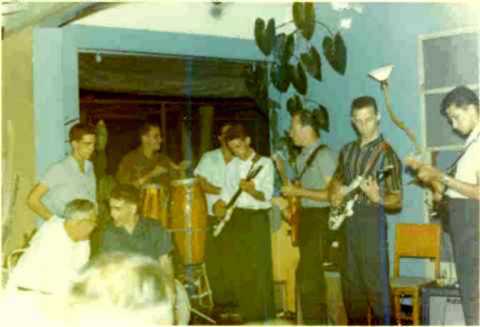 The best I could do to re-touch this great pic, a shot of one of the bands. I don't know where and when...help anyone? Going to guess at some of the people...on tombas Wayne Alleyne, looking down at white guitar Sid Johnson, maybe Hugh Robertson, how about Ronnie Fortune, and of course Stan Soodeen. That's it, help on the rest please. Got some help from Dale himself - in the little triangle on the left of the picture is Dale himself (standing), Father Zuibert and Ian "Sploosh" Gibbon sitting........thanks Dale. 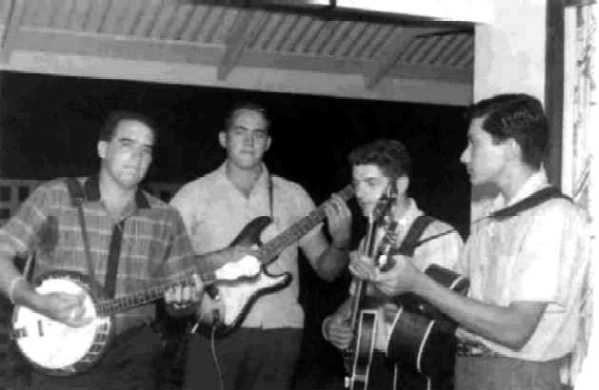 I have tucked this pic away hoping that I won't have to look at it. This picture says it all, it is one of the best representations yet of who and what we were. Sad because one of us is no longer here, but provides a good time to reflect on the wonderful part he played and what he meant to us all...thanks Wayne. 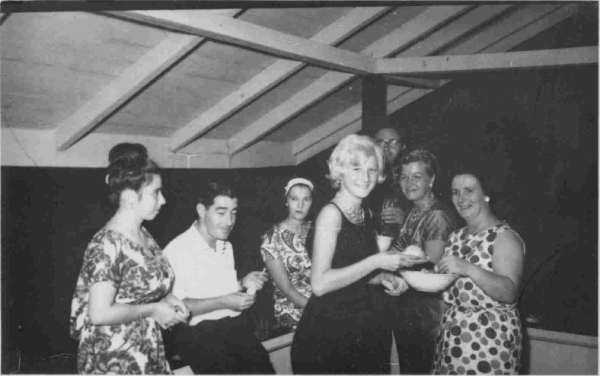 A small but happy group at what seems to have been the PaP Yacht Club...Brenda at extreme left in the pic, with Trevor Johnson sitting. The rest?...help anyone. 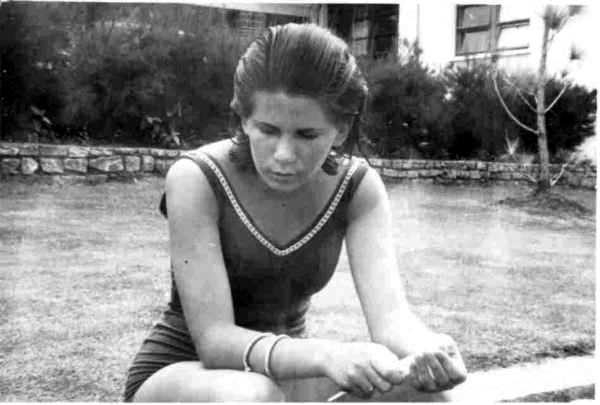 Nice picture of a pensive Marguerite Leotaud (now Macindoe) sitting near the pool at the PaP club. 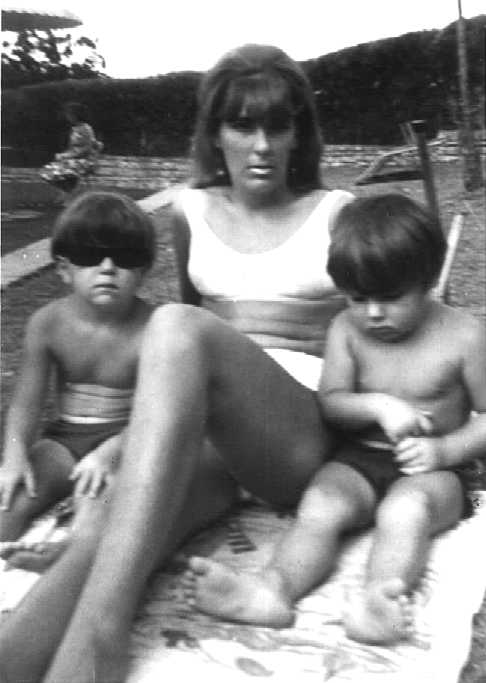 Diana Becerra and her two sons Steve and Sammy soak up the sun at the PaP pool sometime in 1966. 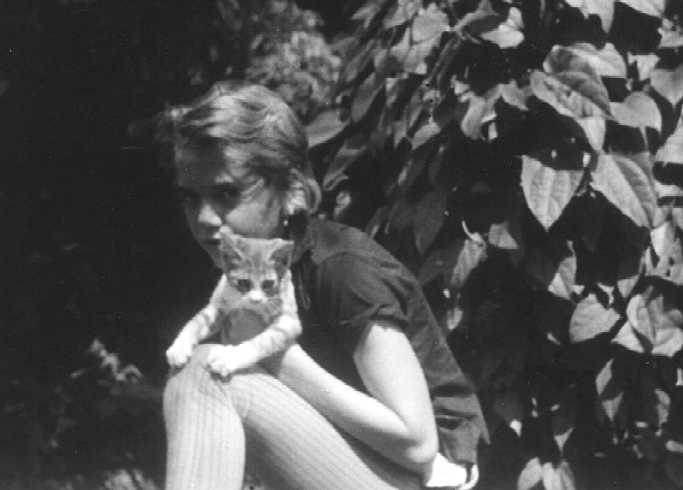 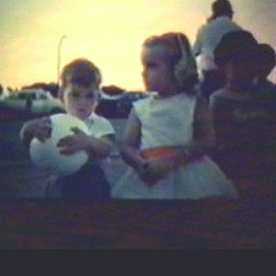 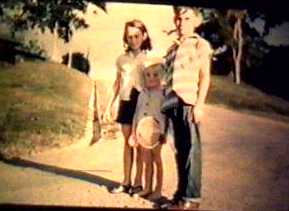 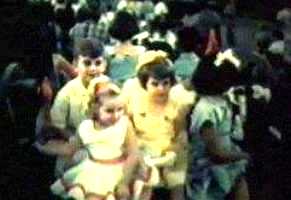 The young lad in the top left of this photo trilogy is Kelvin Bennet and the young lady is the person who so kindly sent in these pics Kim Merrick (Wood). Kim with John & Laura Whittles in the next pic, and in the bottom pic there she is again surrounded by people she can't remember....all waiting for Santa. These are really super old pics...thanks Kim!