OLD P-A-P LIMES.
Some of the things we did together. 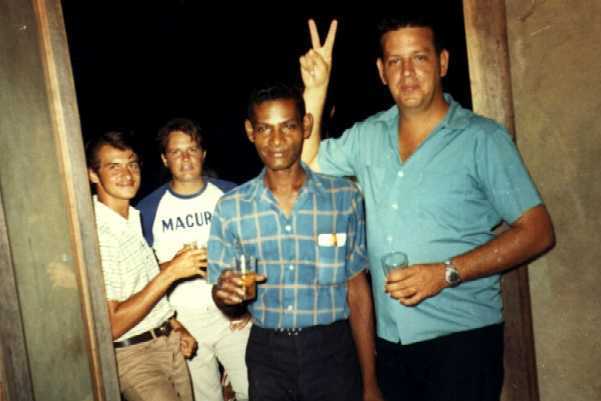 Big cook-up and drinking session.....From left - Randall Bayne, Chris Taylor??, Jonsey (Dougla), and a victorious David "Sniggs" Inglis. See most of the chaps as they are today on the Rogue's Gallery page. 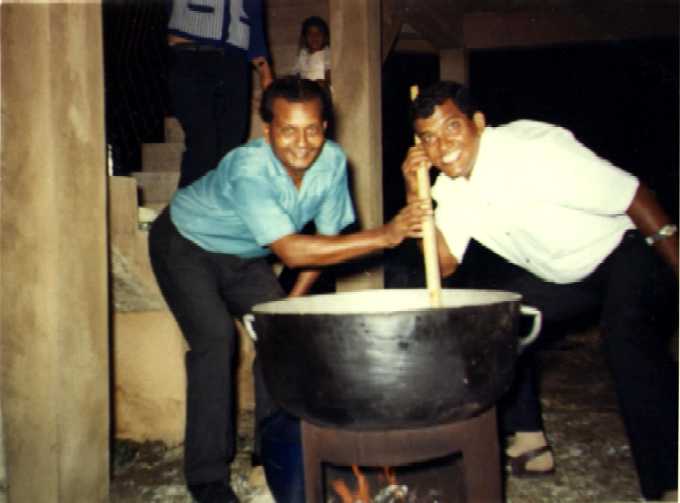 Gool Mohammed and Amrool "Tex" Ali stir the pot.....Gool is not with us anymore, a super nice guy who we will miss. Tex is a businessman and the Imam for his local Mosque....Asalaamu Alaikum Tex. 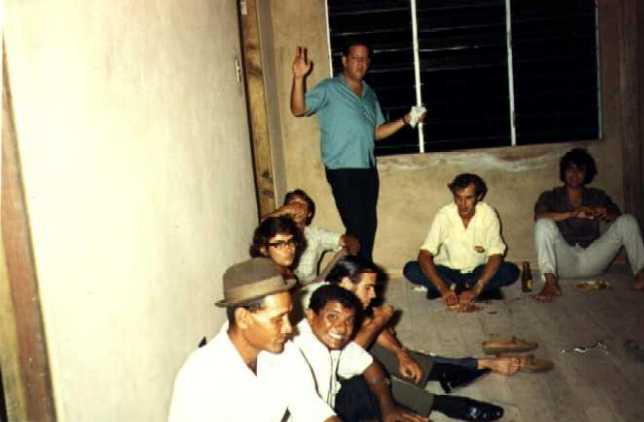 While two cook many wait for "food to finish". From left.....????, Tex, Anthony Abraham, Stewart Westmorland, Gulp Glug Chugalug ??, Sniggs (standing), Robin Storey??, and ????. Thanks to Raymond Westmorland for the pics, and to technology that allowed me to separate the pics sent in one single collage. 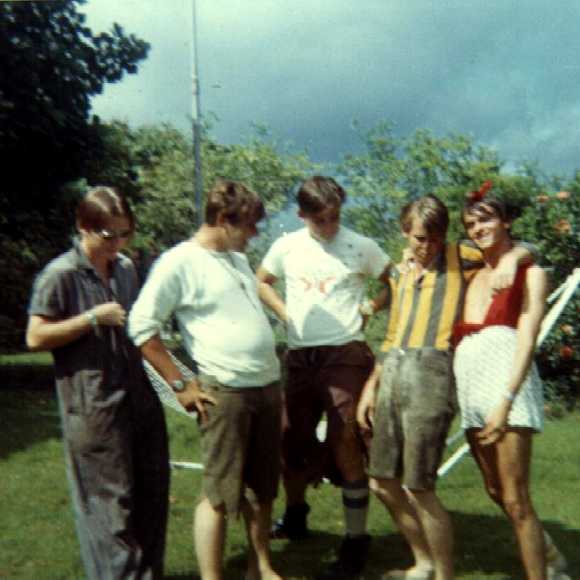 Now, what have we here......a drinking lime maybe. From left - Yours Truly (so I am advised), Alan "Rent" Rostant, ????, Ronnie Hadden, and a loose lady from the village.....just kidding, really Randall Bayne. The legs are what probably had me looking desperately away from the side. 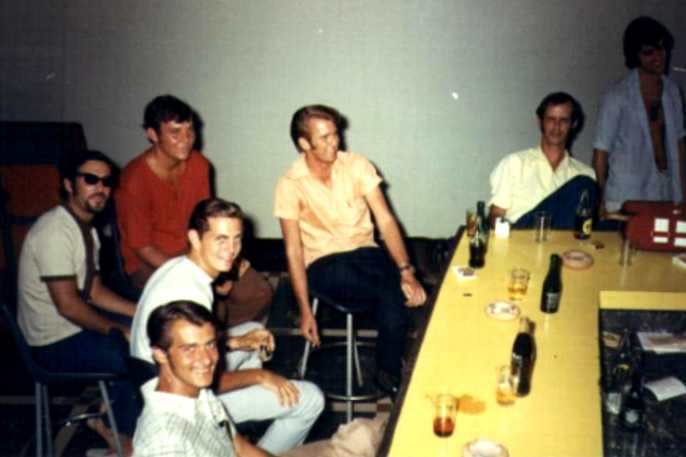 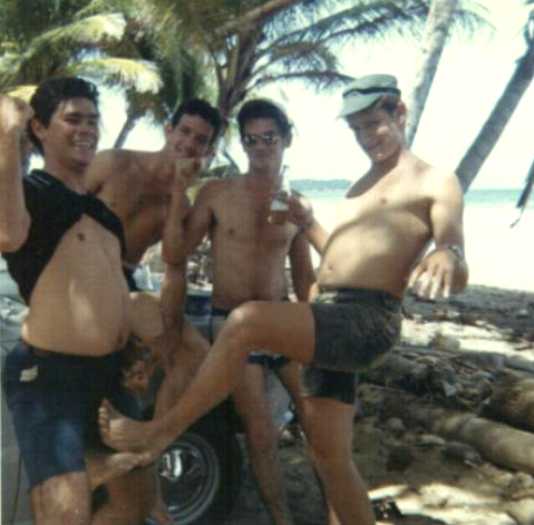 At the beach these guys have lost their ball and obviously seem to know where it is.....From left Peter "Haggis" Hughes, Raymond Westmorland, Douglas Bayne, and Chris Taylor?? Hey Peter...give the boys their ball back!!! 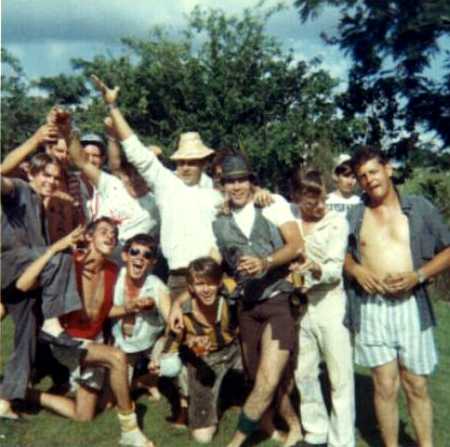