My memories all live down at the bottom of a long downward sloping mind tunnel. They constantly beckon at me and entice me to come down to them, but I am afraid that I won't be able to get back up. Every now and then, stimulated by some sound, a piece of old music, a smell (smells are a big issue), a memory or two will jump up and get to me up the tube and in to my mind. There we enjoy one another's company for a while and then back down the tunnel for the memory, back home to the happy place where it lives, and on with the pleasures of life for me.

The drive from Beach Field out to Navet was a drive back in time, a drive down an actual tunnel....the road was exactly the same, the cool serenity of the jungle pressing in on the sides created the tunnel and the link with the past.....what a blow mind!!! The old pump station and the two bridges were still there and in good order, and the "magazine" where explosives and isotopes were kept was also unchanged. At any moment I expected to look across the car seat and see Old-Man Mark Henzell sitting there grumping about something, or to see one of the service-company cars (Cortina or Victor), all decked out proudly in the company colours whizzing by...man those guys never drove slowly, or to see Merv Lidlow's long wheel base Land Rover go creeping by, wouldn't have been surprised to see Reggie Potter, Sidney Knaggs, Gordon Gill, Jerry Parsons, Lanny Govia, Donald Meighu, or Winston Chandler go by. What about Bajrangee's hot oil truck. Wait a minute...wasn't that Godfery Chan on the way to the grocery to stock up the cooler with cold beer. 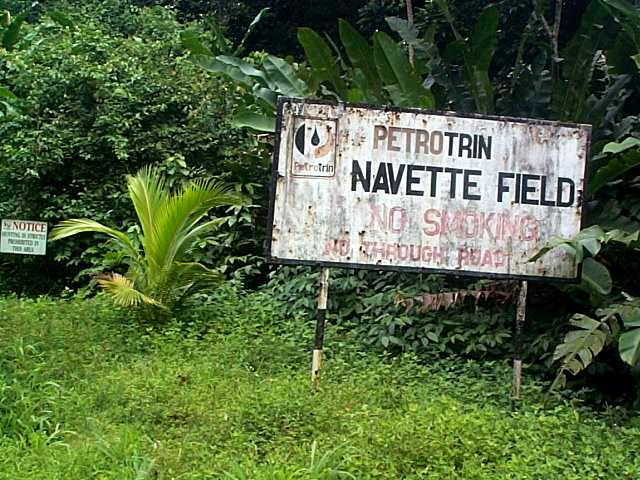 The sign says it all......located just as you turn at the West Gate which is still manned, it announces proudly that you are going back in time to one of the most exciting periods of present day oilfield history.....the big Navet find. The Lizard Springs/Cat's Hill road is still used. 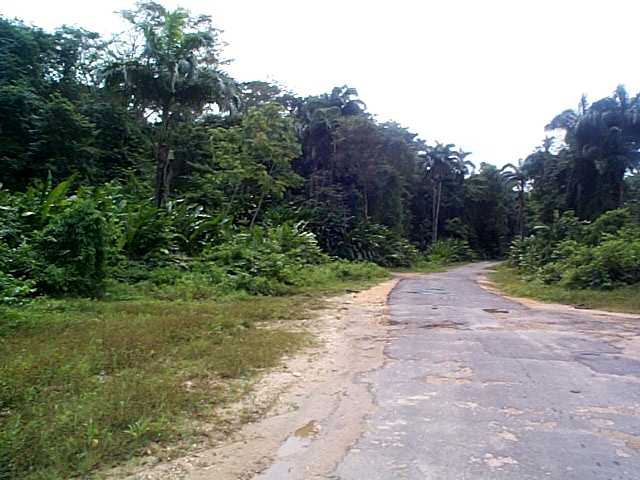 Just a quick shot showing how beautiful the jungle looks. Hope it is allowed to survive.....it has recovered very well since the action stopped and the environment has become recognized by the operators as a valuable asset.....thanks Petrotrin. 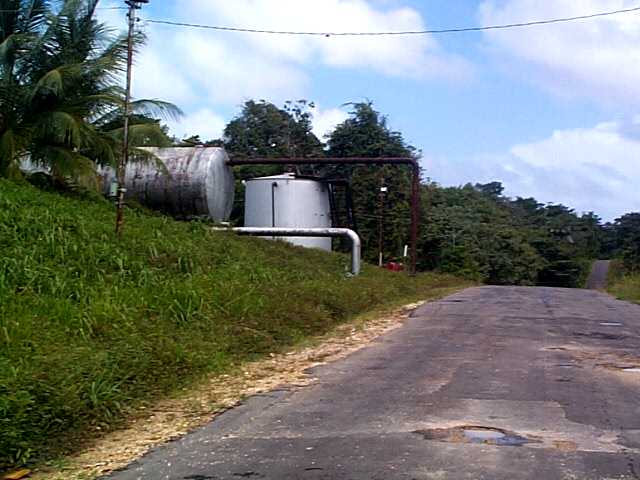 The 307 Gathering Station nestles comfortably in the hillside just as it has done since the mid '60s. It was here that I was sitting one noon having lunch-on-the-run as usual, when across the road a man's body and some miscellaneous tools appeared floating in the air...first up and then down out of sight.....immediately followed by a big....boooom!!!! He had cut in to the top of one of the gas blanketed tanks which had blown part of the roof off. 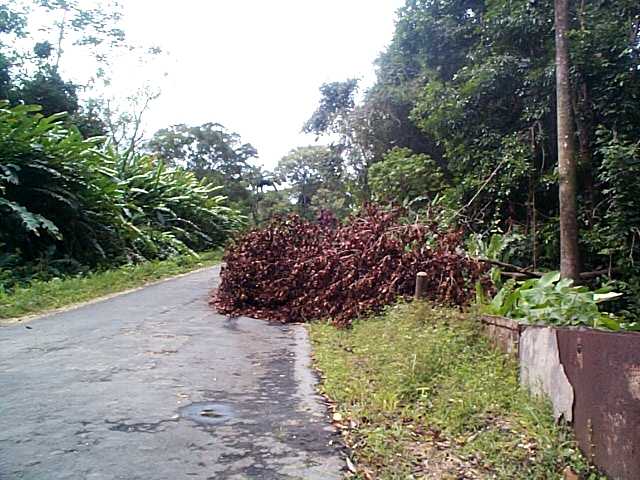 Not possible to go to Navet and not have a tree across the road......Hi tree. 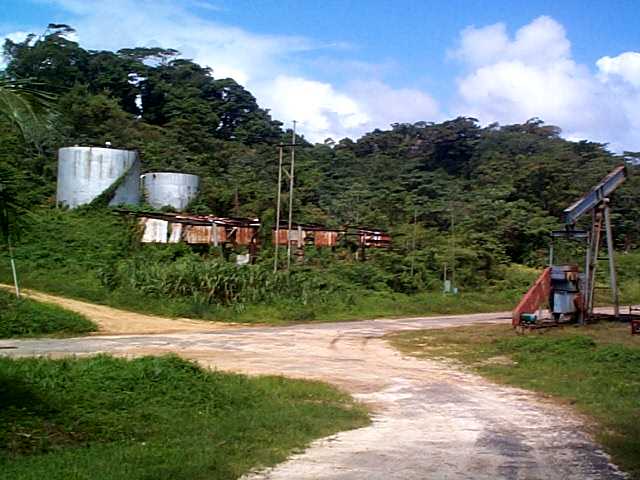 Left the best for last.....the well in the picture is the Navet discovery well no 410, completed in April of 1966. The shed and tanks in the background are what is left of the original water flood station that took water from the Mayaro beach pump station, and was shut down by Texaco many years ago. This was my home for many years....I used to come here weekly to test water for bacteria, scale, oxygen, suspended solid etc. Behind me and not in the pic is the 410 Gathering Station where the field oil goes to to be pumped to Beach Field. It is here that we used to inject demulsifier for separating water in the Beach Field Wash Tank No5.....cheers Reggie!!

BACK TO GUAYA' INDEX PAGE.