BRIGHTON HOMES.
Where we lived and were happy.

In this, the second Brighton Page, and the first of two pages with pictures of homes, I have zeroed in on two of the homes we lived in and a short bit on the pool. 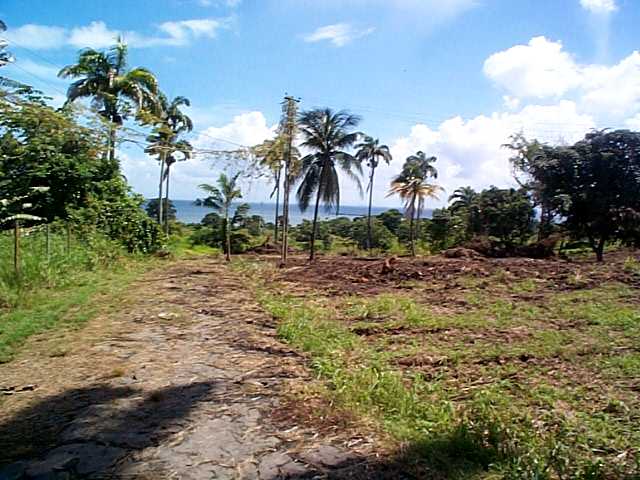 Bang!!! straight between the eyes......this is where our favourite home once stood......the one we lived in the longest. It was here that the boys first tried our hand at being men.....the mango tree was our rig, complete with rope, wooden pulley system (traveling and crown block) and a fifty pound weight taken from the Golding's garage (it propped the door open before it went on the rig). Our boxcarts became pick-up trucks, and we all borrowed Dad's soup-plate hard hats. The garden hose was the circulating system.....we knew all the names; little men all !!! The road is where we drove our boxcarts and the path to the guest house was on the left. I could see where our chicken pen was, the maids quarters (laboratory), the garage where Dad's Bristle Fawn (brown) Zephyr Six lived.....jeeeze I can remember like yesterday the pride at that new car and how it smelt. Most of the fruit trees are gone....navel orange, guava, mammy apple, sour sop, kymate, governor plum, mangoes, king orange, lime, cherries etc. The night sounds of the old steam rig came rushing back.....clang....shooooof, shooof, shoof, shof...clang "Driller yuh mudders @%**4"....."Shut yuh @%**4 and latch the %$#* pipe". Gracious nice people would come and visit, neighbours, people off the ships and from other camps....I was allowed to pour one round of drinks then we all trooped in were hugged, kissed, and loved by each adult in turn then off to bed. We loved them all unreservedly in return. It was here that my spectacular collection of self built plastic models of all sorts of WWII military hardware started, and my fascination with the stories of WWII found in the nearly 200 Pan and Penguin paperbacks that I collected over time. It was here that we first heard the sound of Mr.Logie's model aeroplane's engine, and where the ghost of Mrs.Stern visited me one night. I remember the pink bathroom and lying on the floor looking at the sky through the sky light way high up in the roof, I remember the comfortable cozy feeling of the living room darkened by dropped shutters as the rain pounded down outside, the clear blue insect free bulbs screwed into their sockets high up in the roof, I remember going for my first flight....clear across the kitchen floor when the gas oven blew up........my own fault.....left the gas on when I couldn't get it to light with matches and had the bright idea that Dad's Zippo would do the job......it sure did. My brother Charles was born while we lived here and immediately on coming back from the hospital peed on me when I powdered him.....could have sworn that he smiled. Selliers Collie, Lassie, killed my rabbits while we lived here...she was a nice dog and was quickly forgiven. There's much more but I have already rambled on too long. 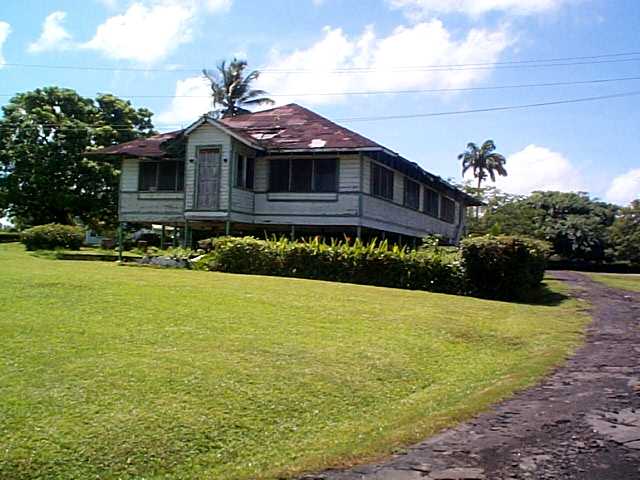 When we moved back from Bay Avenue, P-a-P, this is the home we lived in. It had a great history as the O'Connors - Gerald and Dot and my friend Sean used to live there in the good times and in many ways was my second home in the old days. Already we sensed that the Brighton scenery was pretty much the same, but the spirit had already started to change......the old people were gone and going....it was as simple as that. We were older, and different things were important then, adults, sights, smells, sounds and security meant much less than friends, courting, parties, and drinks. It was here that I felt the sadness when my sisters both left for England, and the happiness when they came back. Gillian from the Morris School of Hair Dressing. They brought with them new dress styles, new music (Hot town Summer in the city......back of my neck's getting dirty and gritty). We all chipped in and built Gill's Salon and it was a social event when people came around to have their hair done....no real privacy......not really needed. It was here that my parent's air-conditioned room and big bed came in to my life as a great place to sleep-off the night before and to some degree return for a short while to being a kid again. I already lived away at that time, and was a bit of a hero whenever I returned, not part of the family any more but still part of it...I would wake everyone up when I came in charged-up late at night, always unannounced and the door was never locked. Drunken songs such as "The big big bamboo" would always get a polite laugh from my conservative and straight laced Mum, so glad was she that I was there. The front steps which was the family gathering spot are broken down now, and Mum's beautiful garden beds have gone to weeds.....my eyebrows are gray and my sons older than I was then. It was a great place to get away to and no matter what else was going on it was home. 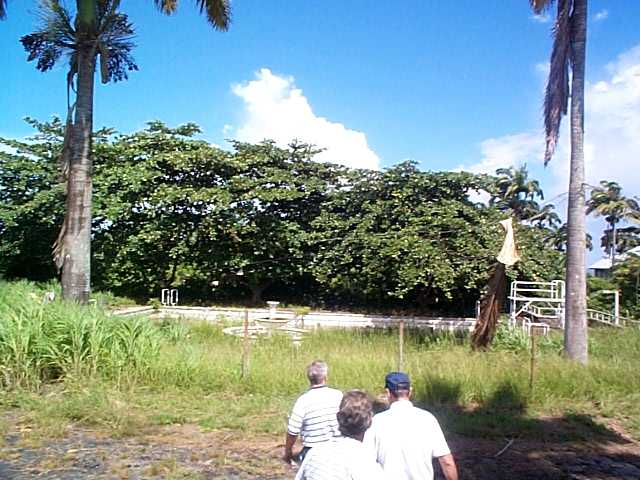 What can I say other than this typifies how badly our memories have been defiled. Had it been for a reason, and other young people like we were would have benefited by the change, I would have felt proud. But to see all these great things ploughed under for no real reason at all other than man's political ambitions really burns me up.