When old P-a-P people speak of La Carriere, it would be easy to believe that it was a world apart from the rest of P-a-P. In its own uniqueness it was small but a great part of what I remember, and I hope that the following few pics will help recapture that sentiment, and at the same time show the sadness of what it has become.....a true reminder that time and tide waits on no man....that time marches on. 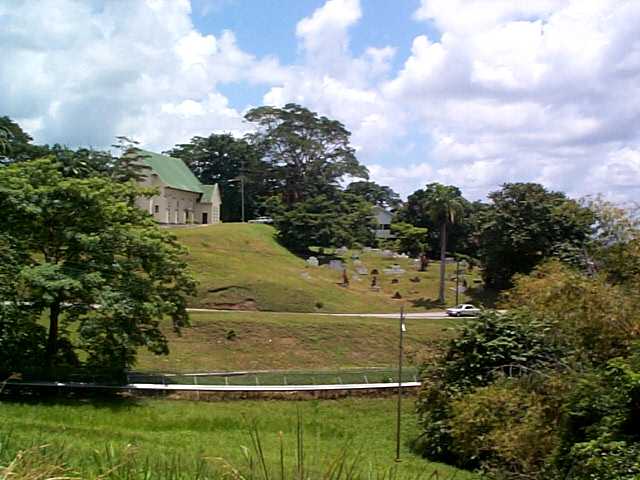 Before entering la Carriere one must past the Roman Catholic Church nestled on the hillside, easily seen as you approach the La Carriere gate from either direction, and from the gate as you leave. This pic could have been taken thirty years ago and will probably look exactly the same if taken thirty years from now. The repository of many good memories, and sadly the final resting place of many we knew and loved, it stands as a proud reminder of what we once were.

A great shot taken looking down and in to La Carriere, taken from just behind the Augustus Long Hospital. Up to the right out of the range of the lens would be where the Haskells lived, this shot was taken just in front of where their house was. First road on the left at the bottom of the hill was Carty's, then Ward's and Daly's. On the other side the Maingot's and Henderson's as I remember best. 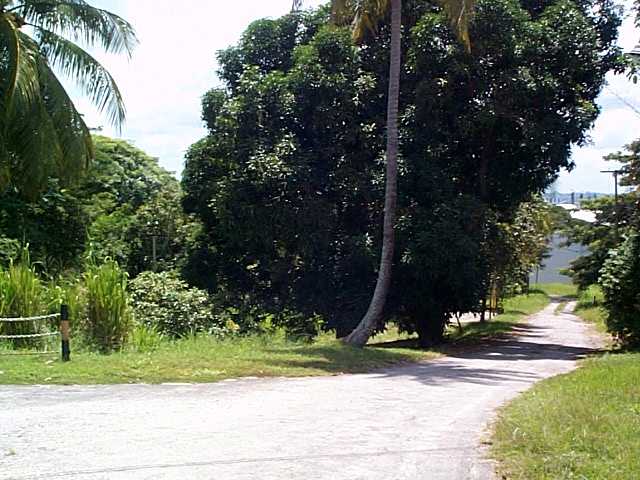 Even though there is no life in this shot, and the beauty is shrouded in sadness, this picture looking down to where the Cartys used to live, highlights the unique beauty that is La Carriere....the pipelines and the presence of the big silver tanks. Just past the shadow of the tree at about right centre of the pic, is a small concrete slab that I think was the little outdoor porch that Rupert had built, and to the right opposite that was where their garage would have been.....the home of the Humber Super Snipe, and maybe a Standard Vanguard???? 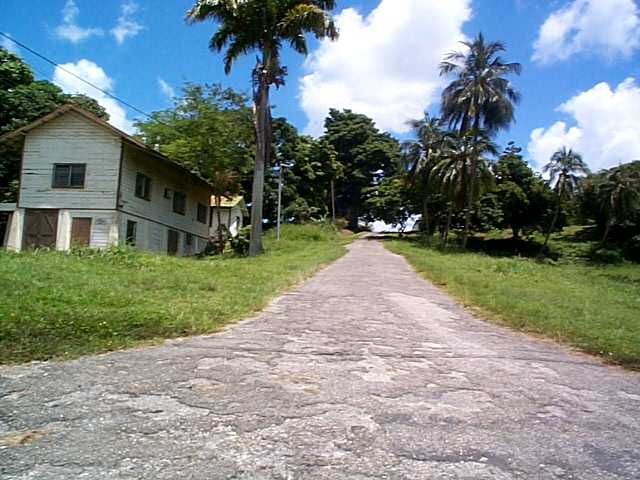 Another sad and lifeless shot that does not reveal the excitement and activity of a time long past. On the left looking up this box-cart hill would be the Maingot's, to the right, now bush, would have been the Hendersons, and at the top a beautiful concrete home whose occupants I don't remember. 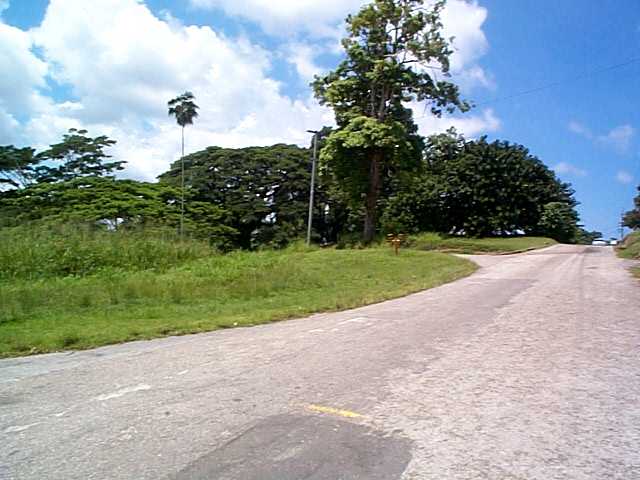 Looking West towards the harbour and Ray Palmer's, the Wards would have lived on the immediate left, and the Dalys in the little spot after the hydrant and the little road. Behind that was where the Charles', and at one time, the Merry's lived.