Thanks to Christine Denton (Coombs) I was able to lift the following people pics out of her photo' album.......thanks Chris. 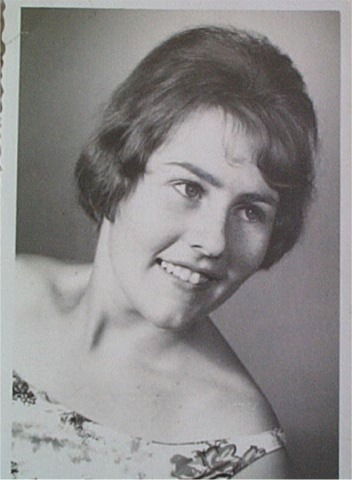 This picture of Charlene Turner shows why Tony Salazar swept her in to marriage so quickly. Charlene's PaP home was Roble Avenue with her cousins Avril, Rosalind and Richard Lewis. 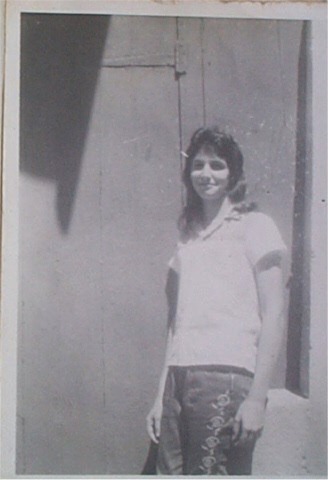 I remember this pic like it was yesterday. Marjory "Treasure" Carty was one of the daughters of Rupert and Babs, and lived with the family in La Carriere.......one of our favourite liming spots.....any family with five beautiful daughters must be a major liming spot for the boys.....especially with such super parents.......its been many years but still miss y'all. Christine Coombs with her then boyfriend Douglas "Dus" Bayne at Mayaro. When I saw this picture of Christine a whole flood of memories and reminders of the joy of young love came flooding back.......Hi Chris....where did it all go? My girlfriend for a short and happy time was Linda Wayne from Forest Reserve. Taken goodness knows when, Linda stands happily with hubby on their wedding day many years ago. I have had absolutely no word on Linda at all and hope that the happiness revealed in this pic has continued. 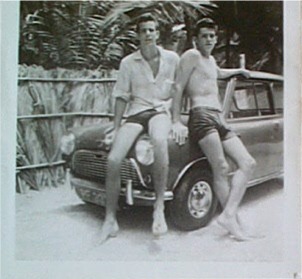 The "bad-boys" section....Pete Fernandes and Douglas Bayne lounge coolly on someone's Mini at Why worry in Mayaro. Note Douglas' triceps built up in Glen Nicholson's gym which was right next door to where Dus lived. Yours truly glowers out of his first passport picture which would have made the time of the pic sometime in the very early sixties.........baaaad boy!