When Ian Alexander sent in these pics it was truly a nostalgic moment for me as I watched the pictures of John Springer and Bill Ledeatt come up. I remember both very well........just like yesterday, and have nothing but good and happy memories of these two wonderful people. John and I were in the same class at school for a while and afterwards both he and Bill were part of the Austin Healey family in which my car PE1912 played a dual role.....giving Bill the thrills before I bought it from HE Robinsons through Des Pontifex the salesman. In the picture below they are joined by Angus Alexander, brother of Christine and Ian. A picture of three classic PaP people, all sadly no longer with us. 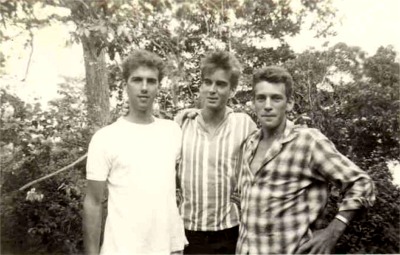 In the happy picture below they are joined by Chris Taylor, and as this story evolves you will how and why he was there. 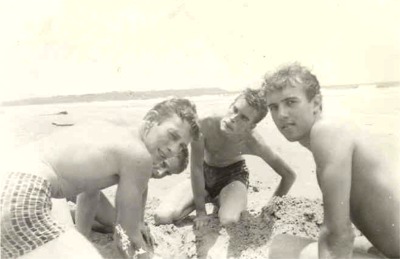 Below, Chris sits next to Stephanie Johnson???? Can't figure out what the look on Chris' face means but the young lady (Stephanie???) sure looks pretty and the weather at Mayaro that day seems to have been great. 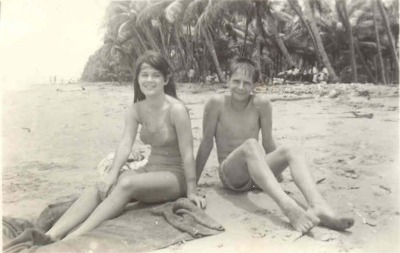 As colour takes over in these early days you still can't beat black and white for definition and mood, but the colour sure makes a great show. The formidable foursome of John Springer, Christine Alexander, Allison Taylor (Chris's sister!!) and Bill Ledeatt pose outside of what was probably Chrstine's home on Concorde. 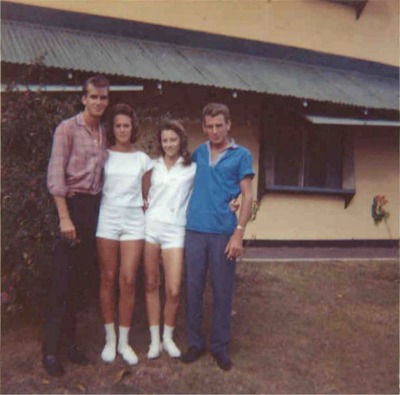 More colour as Christine and Allison are taken looking at something off to the right of the pic....great stuff Ian...thanks a lot for this wonderful trip back. 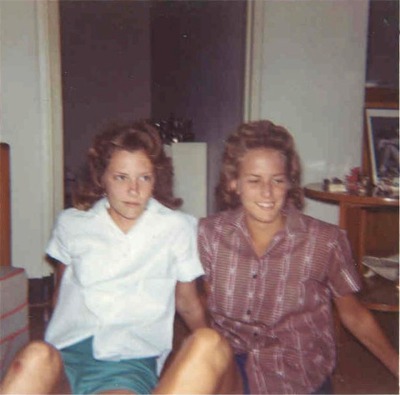