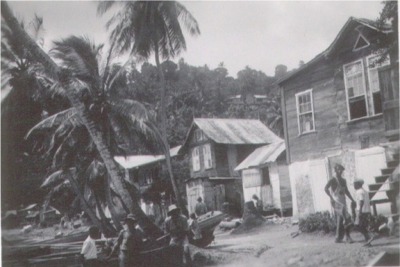 Hard to figure out exactly where, but when matched with the other pics of the river crossings we think that this pic was taken on the Manzanilla side near Point Radix. The hills in the background would support this, but after sixty-plus years, memories fade and the actual places change irreversibly. 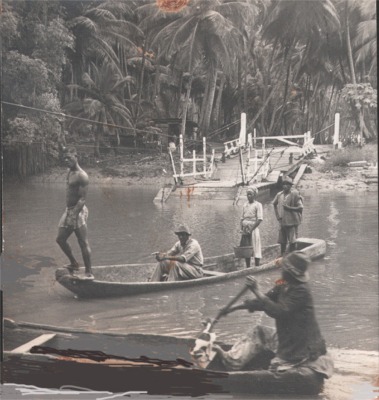 Going to guess from the structure of the built up part and the cables, that there was probably a car ferry that also used this place. In this shot only the the Mayaro Mr.Universe and his friends paddle accross in their dugouts or "correals". These same wooden dugouts served as the keels for the pirogues which were simply the dugout with sides built on to enable it to go to sea off the usually rough East coast. 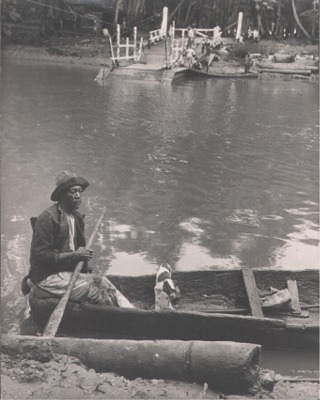 Mr.Looking-grumpy has made it accross and now waits for another load to paddle back accross. How they used to charge we don't know but fromthe two pictures it would seem that there were water taxis. Looong time ago....different life!!!